And so to The Vinyl Factory, Poland Street, in London’s media hub that is erstwhile seedy Soho.

What a gorgeous venue. You are ushered in through that dying breed – a shop that really sells vinyl – down to a car park sized basement kitted out for a party of sorts, DJ to the left, bar doing brisk trade in all kinds of free drinks to the right, free food somewhere at the far end of the cavernous space.

But the real show is on the walls and in your ears. Grainy,weird films are being shown on five or so projected screens. What seems like a dance/techno soundtrack is blasting from speakers, sometimes befitting the Jarmanesque films, sometimes not. There are scenes of bunnies sliding across the screen; gouls and weirdos moving toward you, fuzzy landscapes and bright primary colour skies and foregrounds.

As is the way at such events hardly anyone is watching the films save for at spare moments between social chit-chats or to have their photos taken by friends or (if they are VIPs) by art paps in front of the projections. The room is suffused with garish light emanating from the screens as well as green rays and dots from a laser light above the DJ decks.

Yes, this is a party of sorts for the debut album of Dinos Chapman (he of Jake and Dinos Chapman, the enfants terribles of the Young British Art scene). The album, called Luftbobler, (which I have now listened to clips of on iTunes, price £7.99) is a melange of electronic and industrial techno style. It consists of 13 tracks which are apparently the result of ten years of experimenting. One witty critic has dubbed the style ‘Avant Techno’. You get the idea. Apparently it’s what is known as ‘Schlampige Musik’, which translates loosely as ‘sloppy music’. Nice.

Here’s the official blurb: “Inspired by insomnia, horror movies and boredom, and made in a DiY fashion in the basement of his East London home, Luftbobler reflects Dinos Chapman’s interests in the industrial pulse of T/G, willful experimentation of Stockhausen and impish playfulness of Squarepusher.”

OK. In case you were wondering T/G is Throbbing Gristle. and according to Wikipedia, Squarepusher is the performing pseudonym of Tom Jenkinson, an English electronic music artist signed to Warp Records. He specialises in the electronic music genres of drum and bass and acid, with a significant jazz and musique concrète influence. Here he is on The Culture Show talking about his work and performing.

Stream some of the Luftbobler tracks (free), see part of a short, and see the album cover (by Dinos) on his website, www.dinoschapman.com. Or visit the gallery as this is now a site-specific work at the Vinyl Factory until  March 4th. Well worth a visit.

See a better version of the superb ghoulish artwork here.

The films consist of eight shorts for which little information is available.

Quick Review: From what I have heard so far, this is a highly accomplished debut album for someone whose day job is as a visual artist. It may not be about to break sales records but it’s got something for everyone on the electro/industrial techno spectrum. The films are  pretty cool in a ‘what the hell is going on?’ kind of way. 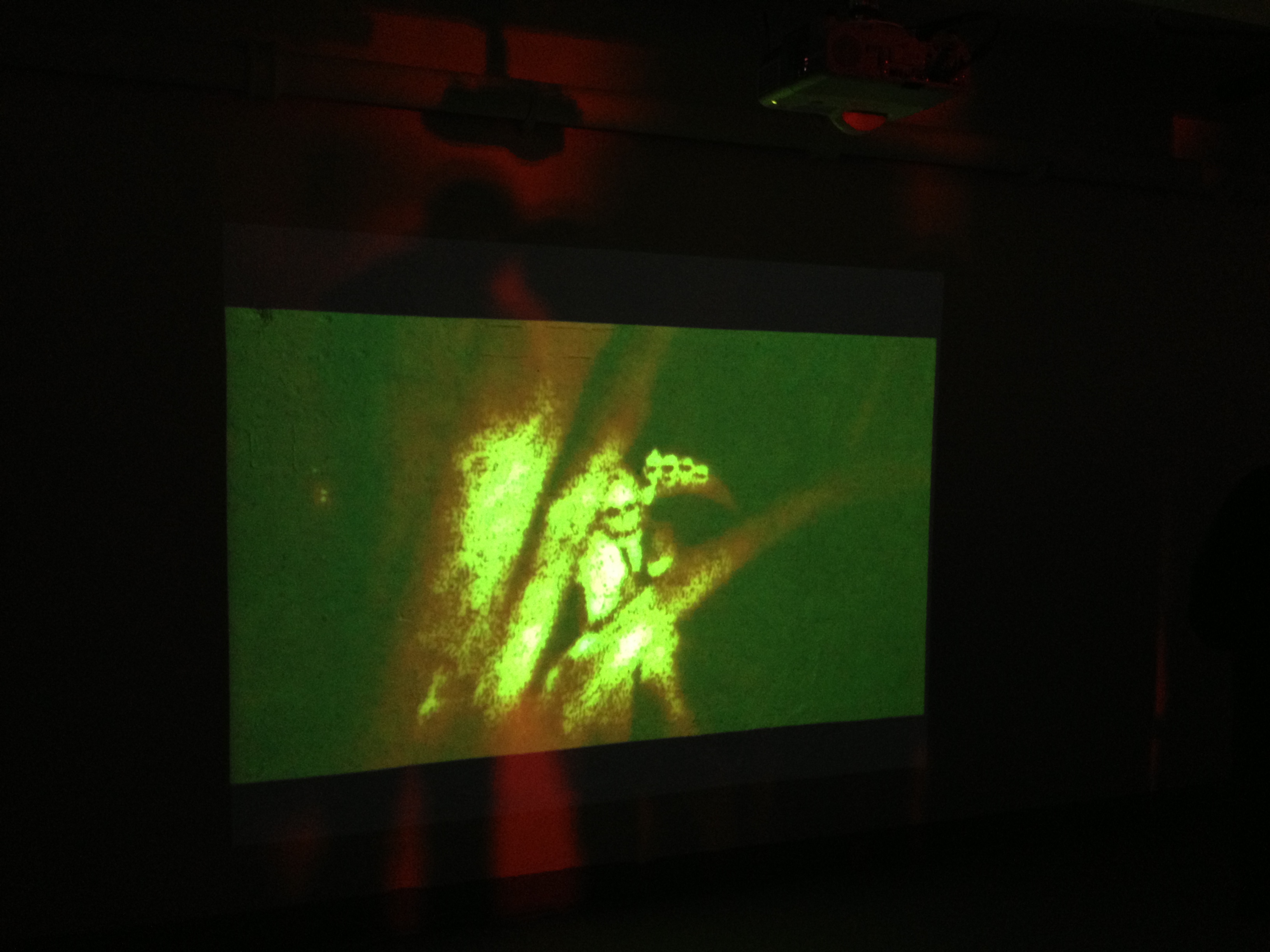