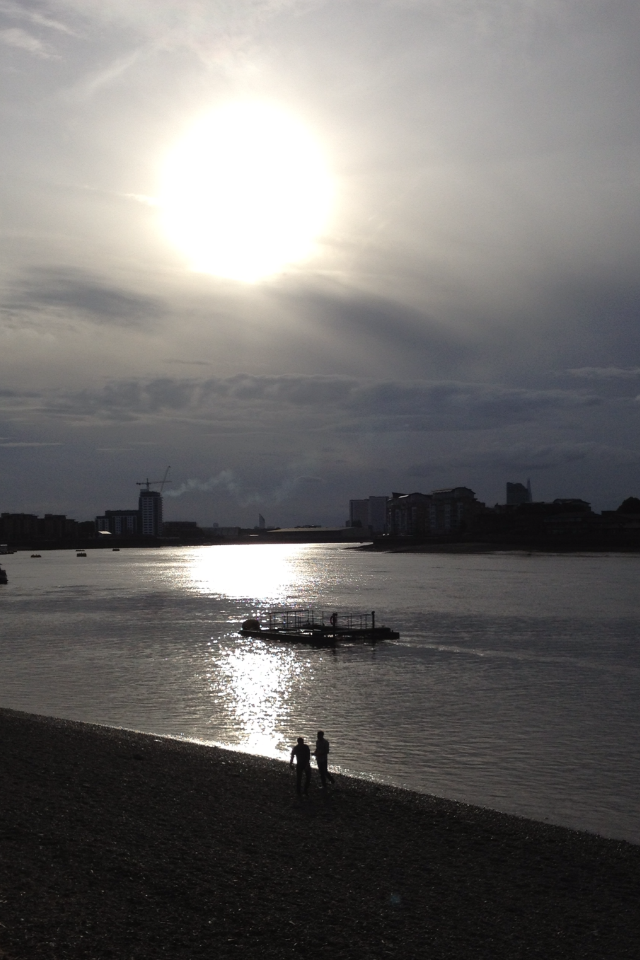 London Poem: The Summer of ’13

A winter with brass balls hardened every soul in expectation of an unremarkable summer.

We knew we would have good days, but only dared hope for one or three in July and August perhaps.

But mid-July came and an explosion of sunshine befell the good souls of London, who never tire of life, but often tire of limp wet summers.

But what was most agreeable was that even when the rain came the hotness dropped but only a little, and rain, far from being a miserable wetness, was a welcome respite which only spat on the hotcake that was our balmy days of mid-July and early August.

At last, we thought, global warming is having the upside we all dreamt of. ‘Hey it’s as hot as the South of France, we are as cool a French pastis,’ we excitedly told our friends, ‘And even parts of North Africa. And who wants to go there anyway? It’s not even summer there, just perpetual Arab Spring,” we added with jaunty refrain.

Suddenly sadness was knowing you were going away on holiday to a place just as hot or maybe less hot. Londoners staying at home were smug and happy. And sometimes, just sometimes, that is how it should be.

If the forecasters are right we will get even more of this. In that case the summer of ’13 will be one we might remember for a long long time. But as Londoners it will be forgotten as soon as the chill winds of September remind us once again of the winter to come.

Soak your bones people, and for now, bask in the glorious big sun as if it were ours and ours alone.